This section is for stand-up comedy by Ali Wong. By default the stand-up sets are presented starting with those ranking highest on the laugh-o-meter, but you can also sort them by year, title or IMDB rating.

( wikipedia | imdb )
I haven't yet written a blurb about Ali.

Ali Wong is said to have been born on Monday 19 April 1982, which would make her 38 years and 5 months old (if this date is accurate and she is alive today).

Ali Wong was credited as writer and actor in the following stand-up comedy set.
At the time, she would have been about 34 years old. 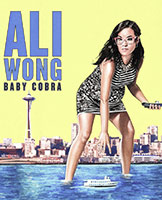 
For some time I must have had Ali confused with another female stand-up comedian whom I couldn't stand, because it took me three years to give this show a try.

It was not nearly as bad as I had assumed — I may have been pushing it, but I was able to get through it in only three sittings. Sure, it was far cruder than I like my stand-up to be, but nowadays that seems to be standard fare, which would make Ali "middle of the road" if she were a white US male comedian.

There were some good moments, particularly when Ali demystifies the point of marriage from "the female perspective". Planning to try her next set, Hard Knock Wife.


Ali Wong was credited as writer and actor in the following stand-up comedy set.
At the time, she would have been about 36 years old. 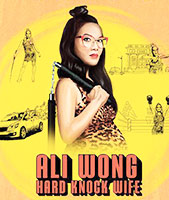 
I started watching this show the night after finishing Ali's first set, Baby Cobra, and found the contrast disturbing. First, it looked like Ali had seen an acting coach between the two sets, as there was a lot of effort to make her face more expressive. I love a good clown, but to me the acting felt forced. Second, it felt as though Ali had closely studied (and copied) Jim Gaffigan's technique of alternating between voices — in her case between the voice of a calm factual narrator and that of an outraged commentator. I have nothing against that technique, it just took me by surprise after watching the previous show.

My first sitting only lasted fifteen minutes, during which I didn't laugh. To be fair, for much of that time the topic was lactation, not one to which I particularly relate, but which is fair game given the amount of crude material regarding male physiological functions which women have to endure when they watch male stand-up comedians in the company of their male friends.

The second quarter was an exercise in gross-out, with more disturbing flickers of traits borrowed from other stage humorists, such as Eddie Murphy. No laughs.

During the third fifteen-minute sitting, Ali attempts to create humor by drawing from her family life, which is fine in theory. But apparently Ali still hasn't learned that for a situation to be funny, the audience must be able to relate to it. Bill Cosby speaking about family interactions with his wife and kids in an everyman way? Yes, relatable. Ali Wong speaking of her husband mooching off her millionaire income? Not relatable.

In summary, the amount of borrowing in that set made me feel like I'd been fed a product, a product designed by "clever" business people who had done their homework studying competing products. Funny how you can copy the general lines of a product but completely miss its essence.

Sometimes a knock-off is still functional. In this case, seeing that the "product's" function is to trigger laughter, I don't feel it's too harsh to state that the result is complete garbage.

At that stage, of course, the final quarter wasn't a soft landing, but the crash that one had come to expect. Thankfully, I had Ricky Gervais' last set lying around to cheer me up.

Sadly for Ali Wong, comedy is not ninety percent attitude, even though it might look like it. It's ninety percent brains. You can buy a loud dress, but you can't buy a certain kind of neuronal wiring — at least not yet.