This section is for TV comedy series by Ed Helms. By default the TV series are presented starting with those ranking highest on the laugh-o-meter, but you can also sort them by year, title or IMDB rating.

( wikipedia | imdb )
I haven't yet written a blurb about Ed.

Ed Helms is said to have been born on Thursday 24 January 1974, which would make him 47 years, 2 months and 19 days old (if this date is accurate and he is alive today).

Ed Helms was credited as actor in the following film.
At the time, he would have been about 31 years old. 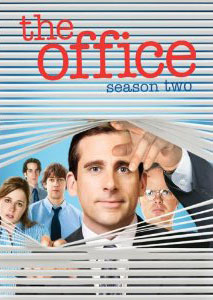 Of the US series, I only watched Season 2, said to be the funniest. These episodes most made me laugh:
The Fight
Performance Review
Drug Testing
Conflict Resolution
(Last viewed: February 2010)

More About The Office:
=> Read what people say on Amazon
=> Add your own Review or Comments on
laughDB's full page for The Office